Falling for You by Becky Wade {Book Review} 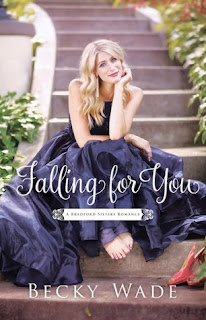 Famously beautiful model Willow Bradford is taking a temporary break from her hectic schedule to work as the innkeeper at her family's small-town bed-and-breakfast. She was enjoying the peace of her hometown, Merryweather, Washington, right up until she came face-to-face with Corbin Stewart, the man she loves to hate. A thoughtful rule-follower by nature, Willow threw caution to the wind four years ago when she entrusted her heart to Corbin--and suffered the consequences when it all fell apart.

Former NFL quarterback Corbin is forceful, charming, and accustomed to getting what he wants . . . except where Willow Bradford is concerned. Unable to forget her, he's never stopped regretting what happened between them. When their paths unexpectedly cross again, he's determined to make her give him a second chance.

When a decades-old missing persons case finds Corbin and Willow working together, they're forced to confront their past and who they've become--and whether they can risk falling for one another all over again.

I have such mixed feelings over this book. (I procrastinated writing this review for over a week—which didn't help, for the record.) It definitely had it's strong points, but I waffled between adoring and despising both of the main characters for most of the book.

First, Corbin. Honestly, the dude is fabulous sometimes. (Spoiler: He toilet-papered Willow's security gate...because she told him not to. What's not to love?!) I liked this guy more than I ever liked Willow, except when all he can think about is kissing her or pulling her shirt off her shoulder...(Get a grip, man.) The side of the story dealing with Corbin, his dad, and their relationship was wonderful, though.

Then there's Willow. Besides the fact that I don't have much in common with the gorgeous model gal, I liked her character most of the time. Aside from when she wanted to cast all the blame for everything that is wrong in the world—or ever has been—on Corbin. Still, she was badly hurt by him in years past, so I made a face and pushed through.

(Spoilers in this paragraph.) My main "gripe" with these two wasn't even the sins in their past. It was the way they handled their current relationship. Corbin is convinced he can win Willow back, so he sets out to do that. But Willow, even while making out with the guy on her couch, keeps telling that they're not together. They're not a couple. This is all over when she goes back to Cali in a few weeks. And that bothered me. She led him on for months—and he let himself be led on—and didn't seem to have a bit of remorse over it, until afterwards. (End of spoilers.)

All that aside... the murder mystery was rather intriguing and not at all something I expected to find in this book. Charlotte was such a fabulous example of a middle-school-aged girl, and I loved her character and her family.

Mrs. Wade is an amazing writer. Her prose is fabulous, her plots are well-woven, and her characters are solid. I just...had problems with some of the content in this one. That said, I'm looking forward to Britt and Zander's story. :)

**I received a complimentary copy of this book from Bethany House Publishers in exchange for my honest review.**
Book review

Popular posts from this blog

"Beautiful Star of Bethlehem" ~ the Story and the Song 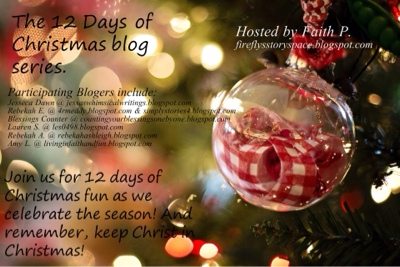 I Have Been Blessed {Song Lyrics} 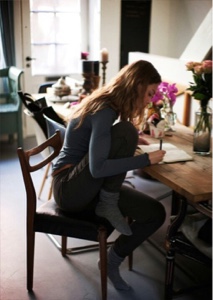 When He moves among us, all that He does All of His mercy and all of His love If the pen of the writer could write everyday Even this world could never contain How I have been blessed
The warmth in the winter, the flowers in spring Laughter in summer and the changing of leaves Food on my table, a good place to sleep Clothes on my back and shoes on my feet I have been blessed

A father and mother who nurtured and raised Brothers and sisters, memories made Our pastor to lead us, the altar to pray Stripes that can heal, and blood that can save I have been blessed
I…
Read more 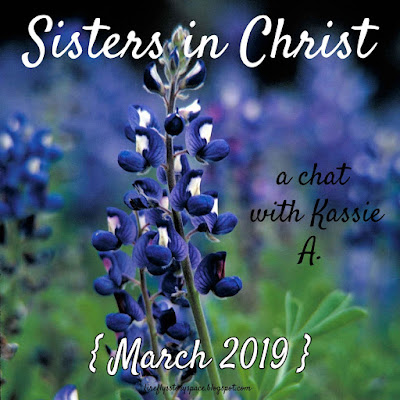 Happy Saturday, readers! As a special treat today, I bring to you a Sisters in Christ chat. This month's guest is Kassie from Soldier Girl Stories. Kick back and enjoy—this gal's a treat!


Welcome to the blog, Kassie! Go ahead and introduce yourself. :D

Well, I’m an almost-18-year-old homeschooled Army girl, the oldest sister of three younger brothers, and of course a writer! I have a tabby rescue cat and a therapy-dog-in-training. We’ve lived all over with the Army, but Texas is definitely home!

So since you're fairly new to the blogging community... What inspired you to start a blog?

My mom, really. As my book continued to make its way around and I started interacting a lot more with other indie authors, my mom thought a blog would be a good platform for me. Believe it or not, I actually feel really vulnerable whenever I share my writing, so I didn’t want to at first, but I eventually gave in and I’m so glad I did!!


I'm glad you did too! ^_^ Did you read other blogs befo…
Read more